The objections that people most often use to silence those who would attempt to spur them on to performing good deeds are of two general categories.

(1) Those which directly imply Kufr (unbelief). For example, that this world is comparable to hard currency and the next to credit, and that hard currency is better than credit. Or that the pleasures of this world are certain while those of the next are only supposed, and that one should avoid supposition and stick to what he is certain of. However, since we are addressing our brothers in faith we need not deal with this category of objection.

(2) The second category of objections is of those whose basis is ignorance or carelessness. Here we will concern ourselves with answering some of these misgivings, each in a separate section.

The delusional presumption of Allah’s mercy

1) Another example of such self-deception goes like this, “In a Hadith it is said that Allah most High says:

“I am the way My slave thinks me to be”, and we think well of the Lord. Therefore, He will treat us well’.

Remember, the meaning of Tawakkul is that one should choose to bring together certain causes and then wait for the results to be produced by the grace of Allah, that he plans and strives and then trusts in Allah for the Appearance of the desired result.This is what is meant by Tawakkul, not that  one rely exclusively on his own plans and efforts to produce the desired results. The person who will not bother to lift even a finger cannot be said to be acting on anything but on folly and self-delusion.

Take the example of the farmer who goes through the process of tilling and planting his seeds etc., thinking all the while that by the grace of Allah these fields will yield a fine harvest. This is Tawakkul. If, on the other hand, instead of planting his seeds he sits back in the hope that his fields will produce on their own, then this is madness and utter stupidity the only result of which can be disappointments and despair.

The Deception of shaykh’s association

“Since we are the descendants of a great Sufi, or the Mureeds (disciples) of a Sufi Shaykh, or the spiritual admirers of a great Sufi of the past or present, then we will surely be accepted and forgiven by Allah most High”.

If these relationships were enough in themselves, then the Prophet would certainly never have had need to say to his daughter:

“O Fatima! Save yourself from the Fire. For verily I can be of no use to you against Allah”.

When you have next to nothing of faith to your credit, and even less of good works, then a mere relationship is not going to be enough to save you. Of course, if you should combine such a noble relationship with faith and Taqwa (the fear of Allah at the heart of all obedience and righteousness). then all the better. On the Day of Judgment this relationship will undoubtedly be of value. Says Allah most High:

“And those who believe and whose seed follow them in faith, We shall cause their seed to join them, and We shall not deprive them of aught of their work”. (At Tur: 21)

The meaning of their not being deprived of aught of their work is that the followers, through the Barakat of the followed, will be elevated to the same rank (without there being a decrease in the follower’s deeds to compensate for the follower’s elevation).

To read this article in Urdu, click on the link below: 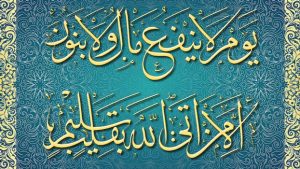 Is Tazkiyah (Sufism) Against or Separate From Quran & Sunnah? Clarification By Mufti Muhammad Shafi Usmani 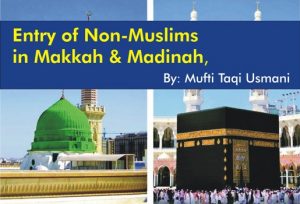 The Entry of Non-Muslims in Makkah and Madinah, By Mufti Taqi Usmani 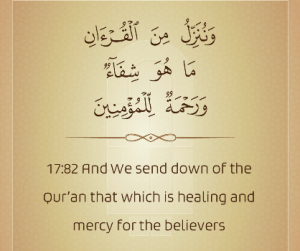